You are here: Home | About us | The History of our Foundation 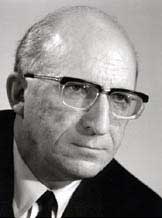 Heinz Kühn was North Rhine Westphalia`s Premier from 1966 to 1978. He was born in Cologne in 1912. After completing secondary education he studied political sciences and economics and subsequently became a journalist. He was forced into exil after 1933 and returned to Germany in 1945. As a journalist and politician he was firmly committed to the building up of a democratic society. Heinz Kühn distinguished himself by his cosmopolitanism and sophistication.

Even from an early age he displayed a strong feeling for the specific problems of those countries which at the time were considered to belong to the "Third World". To Heinz Kühn however these countries and their people always were part of the one world in which we all live.

On February 16, 1982, when Heinz Kühn celebrated his seventieth birthday, the then Premier of North-Rhine-Westphalia, Johannes Rau, established a foundation named after his predecessor. The foundation's charter, signed by all members of the North-Rhine-Westfalia government, states:

"The foundation is designed to promote the development of young journalists, a task to which Heinz Kühn, after whom the foundation is named, selflessly devoted his endeavours during his entire professional life and to which, remembering his own carreer, he continues to be strongly committed even today." 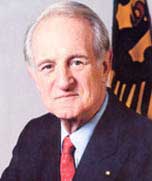 Until his election to the President of the Federal Republic of Germany in May 1999, Johannes Rau was closely affiliated with the Heinz-Kühn-Foundation as its chairman. 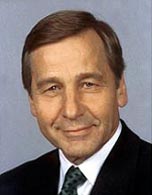 From June 1999 to November 2002, Wolfgang Clement, held chairmanship of the Board of Trustees. Premier Clement trained to be a journalist early in his career and was very much attached to the professional development of young journalists. 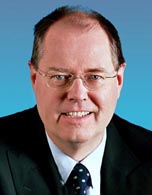 After Wolfgang Clement moved to federal politics in Berlin and was appointed Minister for Economic Affairs, Peer Steinbrück was elected Premier of North Rhine-Westphalia on November 6th 2002 and therefore assumed chairmanship of the foundation. 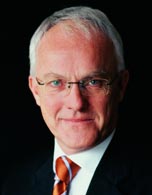 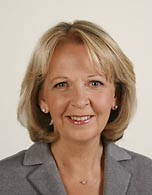 With the election of Hannelore Kraft as Premier of North Rhine-Westphalia in July 2010, she became the first woman in the history of the Heinz-Kühn Foundation to chair the Board of Trustees of the Foundation. 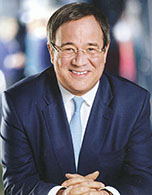 After Armin Laschet moved to federal politics in Berlin the former minister of transport, Hendrik Wüst, was elected Premier of North Rhine-Westphalia on october 27th 2021 and therefore assumed chairmanship of the foundation.